Google on Tuesday launched a new smart speaker – the Nest Audio – alongside the Google Pixel 4a 5G, Pixel 5, and Chromecast with Google TV products. An update to the original Google Home, the Nest Audio speaker comes with a list of acoustic upgrades for a better music listening experience, apart from a slimmer profile. It brings forward some of the Assistant features the Nest Mini introduced last year, and it has the same sustainable fabric design using 70 percent recycled plastic.

The Google Nest Audio has been priced at $99.99 (roughly Rs. 7,400). Unfortunately, India pricing has not been revealed, though the country is amongst the first wave of launch countries. It will go on sale in the US, Canada, and India starting October 5, and 21 more countries from October 15. In India, it will be available via Flipkart and other retail outlets, the company revealed on its India blog post.

The speaker has been announced in Chalk, Charcoal, Sage, Sand, and Sky colour variants. As we mentioned, at the same virtual launch event as the Nest Audio on Wednesday, Google launched the Pixel 4a 5G and Pixel 5 smartphones, apart from the new Chromecast with Google TV streaming dongle.

The new Nest Audio speaker is said to be 75 percent louder and produce 50 percent stronger bass than the original Google Home. The company says it spent over 500 hours of tuning to deliver “full, clear, and natural” sound on the speaker, and even optimised the grille, fabric, and materials for better acoustics. 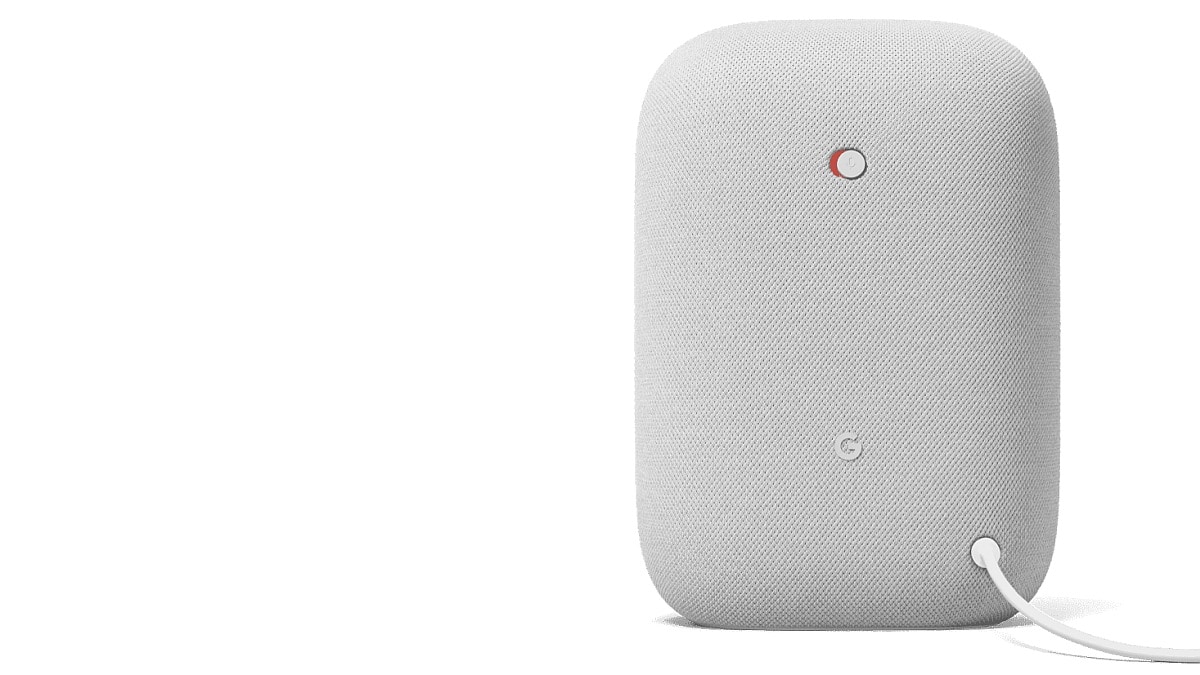 As for Nest Audio features, Google is touting a Media EQ feature that automatically adjusts the audio profile based on the type of content being consumed, while Ambient IQ adjusts volume based on the noisiness of the environment. Other features include stream transfer from one Home or Nest speaker to another, and multi-room control. The new, faster Assistant experiences on a dedicated ML chip introduced with the Nest Mini last year also makes their way to the Nest Audio, with the same chip onboard.